You are here: Home1 / Blockchain Technology2 / Verdzekov Bernard3 / The use of Bitcoin and other currencies

THE USE OF BITCOIN AND OTHER CRYPTO CURRENCIES

The earth is a very big stone, with water passing here and there. In that large stone are so many living things. Animals and humans. if this information is stored in the blockchain, you could see it after so many years, on-edited, or redefined. That is the blockchain. currencies

A blockchain is a pile of already existing and continues storage of records, that are called blocks and are link to each other by cryptography.

Bitcoin came into existence and is already accepted by so many people and countries around the world and it is still rapidly growing. What if everyone wants to start using BTC but the means isn’t there? For example, lack of internet and energy resource. The world is more developed than in the 1500-1600-1700 and 1800s, but yet there are still places where they don’t have access to internet. With the blockchain and bitcoin, being online for you is a plus. You can’t attempt not to be online because being offline is same as you saying you are losing money. That is the blockchain.

You will need to always update yourself. WIFI has taken all over the earth, yet there are places where they don’t know about the internet or have used. some have heard but don’t have the means to use it because they have been abandoned by the government. Which means, if you want to benefit, then you will have to move instead to where you will benefit. That is packing your bags and moving with your family to the city. This will cause a problem in the cities as it is going to be over populated if the government don’t do something to evenly distribute the resources.

There are a lot of people using todays currency without stress and because of that, some people have come up with some new currency that you could benefit from and make more money and most people if not everyone wants to venture on that part. What about those in remote areas! Will the government set up good internet connection in those areas and make those areas developed so that those people could also benefit from this new currency? In general, what Elon Musk said about Bitcoin, I think he is correct. When analyze critically, though you can’t analyze everything yet because crypto currency still updates it futures with new things everyday… this new currency is more costly to the environment. The lives of those that leave in the subs, that are managing and taking care of their families, accepting this currency Bitcoin will be very costly for them, and it will even be worst with those that know nothing about it. They will be cheated and some will fall victims of theft. Many of them. Will the government set up measures to combat such situation?

The government may want to try to set up internet poles, setting up electricity in those areas where they don’t have and those areas accessible for easy movement to the city and back so that those remote areas benefit from the crypto fully. This will be great, but state budget will have to be used and it will be a lot of money because the government that ignored those areas from the start will have a lot of work to do there.

Energy resource will be exploited and many people who can’t fun mining will just have to seat and wait for those machines to solve the mathematical puzzle so that they could have coins flowing in the economy. Automatically this people mining will be giving a lot of respect and that might lead to some great dictatorship, bullying, or cheating. The cost of running a mine farm is very expensive and that will be managed by the rich and those capable of understanding how to set those machines up for mining and bringing bitcoin into the economy.  Elon Musk is already a great witness of the gross expenditure mining BTC and many other mining firms around the world. Mining in some places have been band. The law condemns mining in some countries around the world and they have stated the reasons why. Being caught mining BTC, you will be jailed or even killed.

Also, some great analysis has proven that, the way people make money now trading or buying and selling bitcoin will change in future. People will turn to stop and preserve their coins. Making it scares, which could inflate the prices of goods and service that accept just bitcoin.  This will be done mainly by miners. They may inflate the prices. It will be about who got more. it is not just about one currency, there are many. Ethereum, Bitcoin, Dogecoin, Ether Etc. The competition between this currency’s is going to be gross. What if you have Ethereum and where you are, they don’t accept Ether there? That goes same for all the other currencies, but bitcoin already stands out high and more convenient than all those currencies. That will make other currencies low and when people aren’t using a particular currency and It doesn’t have investors, they will crumble. It is going to be very competitive. This is in the sense that, those that use Dogecoin will be like a community that the interact amongst themselves that goes same for those using Ethereum and bitcoin and other. This could still cause a conflict. The coins are so many and the confusion will be real.

To me, Crypto has not been fully accepted. People just use it to make more money, when they have it, they convert it and spend it in their normal already existence currencies. But to an extend still, if everyone should accept crypto, sending and receiving crypto will be very easy. Though before we get to that stage, we will all pass through measure challenges and if this challenge is above us, then dropping it completely will one day be an option.

How Africa can immensely benefit from blockchain technology 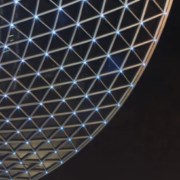