Initial Coin Offerings – ICOs are proving to be among the best fundraising options for huge blockchain projects. Some companies have raised huge amounts of investment capital beyond expectation. But what makes ICOs more innovative than the traditional venture capital? How does this mode of raising capital motivate open source projects?

ICOs innovate on previous fundraising mentalities in a number of ways. Previous kinds of fundraising, such as Venture Capitals, have often been through a select group of accredited investors. These accredited investors could be banks and other financial institutions with a huge capital base. It’s different from ICOs. They allow for early adopters with an understanding of a particular blockchain project to buy into the project early. The advantage of doing this is that anyone with knowledge or an understanding of the project is given an opportunity to invest. it is not restricted to big banks and financial institutions. The community is involved.

For example, when filecoin initiated its ICO project to raise for the cloud storage blockchain project, it anticipated early adopters who understood how the blockchain will function and it’s potential for growth. The community response was so overwhelming that close to $257m was raised for the project. This is what spurs the developers to confidence, believing that it will come out on top. Since the value of the ICO is tied to the value of the project, then those with high confidence in the project due to background knowledge will invest early and incentivize the developers. This design allows for project developers to get past an initial high capital requirement to build their protocol while bypassing centralized, traditional fundraising models. The obvious results is that developers tend to get a cash infusion, build out a protocol, raise the value of the token, then give users the opportunity to use these tokens to request services. Ideally, this aligns the incentives of the development team and the early adopters. Both are interested to see their token gain in value and have the protocol developed. However, this has slightly changed with the involvement of open source projects.

Open source development is typically led by foundations, such as the Mozilla Foundation and Apache Foundation. Unlike for-profit-ventures, these foundations are dependent on donations and volunteers. Hence, there is an irreconcilable difference between the value created and the profit.

Open-source software is developed freely for the benefit of mankind in general. As such, incentivizing open source developers can make it available to many. By contrasts, proprietary software, the incentivization makes the software proprietary, causing technological stagnation. With companies hiding trade secrets from each other, intellectual growth slows down.

In an apparent new twist, ICOs now allow creators of open source projects to directly monetize their efforts. Instead of looking for donations after pitching to benevolent individuals their vision, individuals can now create a digital representation of the value of their platform while others build on top of that platform to further increase the value of the token.

Clearly, innovative projects in combination with community knowledge will keep blockchains ICOs afloat while supporting open source developers and Apps on the sidelines. 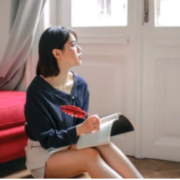 What are some blockchain benefits?

Very true. Unfortunately, its not just the benefits of digital currency, but the very existence of digital currency is unknown by many. Worse still, the governments which are supposed to drive this innovation are also dragging their feet and reluctant to introduce these innovations.

The lifecycle of an ICO
Scroll to top