You are here: Home1 / Blockchain Technology2 / Lumai Mubanga3 / Perpetual african presidencies and how blockchain can block it 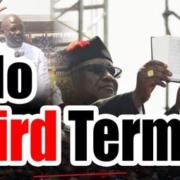 Hundreds of countries around the world have adopted democracy. From the Americas, pacific islands, some Asian countries and Africa. Although many countries have the same definition of democracy, many differ in the way it is implemented and supported by local legislations. Suffice to say, the term “younger democracy” has been abused and often used by some Presidents to rule in perpetuity. Unlike their Asian counterparts, can African self-proclaimed democracies be forced to abide by its tenets?

Current and past behaviors

It is a well-known fact that after testing leadership especially in Africa, they become reluctant to leave power to the younger generation. Cases abound were, the incumbents begin to manipulate the constitutions and courts of law to perpetuate their stay in power. The systems are so weakened to the point where self-made and usually incompetent dictators in the name of elected Presidents abuse the law and change it at will to perpetuate their hold on power often with sad outcomes like civil wars.

Some African countries have faced both international sanctions and other effects of perpetual poor leadership crises. Examples include Zimbabwe, Ivory Coast, Uganda and Zambia.

In Ivory Coast this year 2020, the opposition boycotted the election which the incumbent won. Leading up to that, the BBC reported that: “Opposition figures say it was illegal for Mr Ouattara to stand for a third term as it broke rules on term limits.” It continued to state that maintaining Mr Ouattara as head of state had the potential to lead to civil war,”.

In Uganda, the incumbent president has been ruling for more than three decades decided to temper with the constitution. According to one online source, “This bill would allow President Yoweri Museveni who has already held power for five terms to rule until 2031. The bill takes out a measure in the constitution which prevents anyone younger than 35 or older than 75 from holding the presidency.” A similar debate is currently under fierce discussion in Zambia where the incumbent has clearly shown interest in going for what many regards as a third term.

Clearly, there is a problem of constitution manipulation, lack of trust in established institutions and rampant corruption. How can technology like blockchain, block some of these retrogressive ideas?

How blockchain can block his behavior

It all starts with identifying who controls what and shifting that control to a neutral, immutable and trusted entity. Blockchain will grab that central authority which manipulates the legislature and the judiciary. With such power taken away, the electoral process will purely be handled by technology that is trusted by all. With a few lines of code based on inputted data, all aspiring candidates for the presidency will be required to apply through an electronic system on the blockchain. The system will check the age limit where such rules apply as well as check if the candidate has been sworn in twice or as the case may be. The system will then, without bias or influence from the incumbent, declare one eligible or not.

Clearly, adopting blockchain in some electoral process will eliminate perpetual presidencies. But will they adopt the technology?

Get recognized as a business nowadays through the blockchain technology 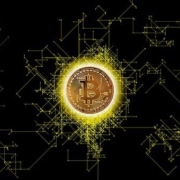 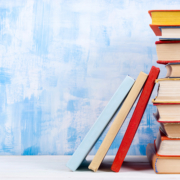 The lifecycle of an ICO

Finmail main site has been relocated
Scroll to top