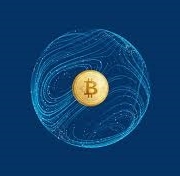 In so many countries in our universe dictatorship had flourished for a long time. And maybe it still does.

Some stores, restaurant, shopping malls and many money exchange sites, make it permanent or who have accepted Bitcoin, directly influence the people that didn’t use bitcoin to start using bitcoin because the want to use that particular site. It could be because of its good business relationship with their customers, or a quick business medium.

This, I already see it in my country. In some stores here, they receive just Bitcoin as their medium of exchange that is bitcoin for their service. Then too many people have adopted and are benefiting from it while some lose. ‘’THEY NORMALLY SAY, IGNORANTS IS MONEY”

I attended a seminal that made me see, adopting something so early makes you lose a lot. Why say so, basically the person who got the knowledge on how to do a particular thing, adds some little value that covers his cost of learning that particular skill and his gain and sell his service to the market that time. Anyone who comes to him for his service, he benefits. That’s hoe dealing with BITCOIN is, but not anymore. This is because many people have adopted it. And base on their understanding and data collection it has been realized that theft rates drop. Though hasn’t finished.

So many people around the world still used BITCOIN to carry out their illicit and bad acts/business transactions but the rate drops because every day, someone gets wiser.

China today is adopting Bitcoin as their main currency. (Editor note: The statement here is controversial) Their gold mainly to surpass dollars. The chances for them to succeed in this is very high. Why do I say so, that’s because they have the population and the technological know-how to really make things easy or more understood, if actually they have arrived at this level? This adoption could take place, but it will take some time before other countries will adopt the business headlines of trading buy and selling. Or what if China has already device a method to manage all that. That will be a big step forward, and slowly but surely, the world will follow.

Bitcoin is the most famous and widely used coin in the world. That has to ring a bell in your head. There are already so many using Bitcoin, at list if you won’t want to adopt the coin as your main currency for transacting, that is all fine, but at list learn. Because to be ignorant, it is very dangerous. I can bet with you that, all those people that adopted bitcoin for trade, buying and selling, they were not perfect from the start, but they started. Yes, it is true that so many people have been scammed in bitcoin, but will you just seat there and keep saying it, or will you learn and stay save from fraudsters.

BTC today is still very influenced by the rich. Their coming in and going out has a lot of influence on Bitcoin.  An example of a wealthy person who recently influenced the market is Elon Musk. Elon Musk is the founder of the Tesla electronic vehicle. He recently accepted bitcoin saying it could be used to purchase a Tesla vehicle. But long from when he said that, he is backing out. His going out has a lot to speak about and not only that, but also influenced a lot of people.

On his page on tweeter, a graph depicting electricity use was shown also. On that graph and to what I could understand was that, he was concern about the environment and the high electrical consumption incurred while mining Bitcoin. Some people will say, he is creator of the electrical car, so electrical issues or rather paying the bills shouldn’t bother him. But to me, that is not the case. If a great man like Elon musk can complain of over consumption of electrical power when mining coins or because he accepted bitcoins, in one way or the other, he is instead incurring or suffering from more cost, what more of an average person.

Elon Musk clearly said that, “Tesla will not be selling any Bitcoins and we intend to use it for transactions as soon as mining transitions to more sustainable energy”. He goes on furthermore to say that, “Cryptocurrency is a good idea on many levels and we believe it has a promising future, but this cannot come at great cost to the environment”.

The journey is still very long. There are a lot of people making money from dealing with bitcoin, there are others who are still struggling to understand how It works. Many still suffer gruesome losses dealing with Bitcoin. But what I could say is that, the journey is still very far. There are so many things which we haven’t seen or that hasn’t yet taken place. It could be positive; it could be negative we will still find out when the time comes. But what is in play already, is what we will take for now. So wise-up.

Also, we have to note that making money from BITCOIN is a process. Yes, you could get rich really quick but it is about being patient to. Many people get to trade or deal with bitcoin and expect immediate response. Your response could come in a negative way and at same time come in a very positive and interesting way. Dealing with bitcoin, you have to be patient, Hopeful and courageous. Someone may ask, why mentioning all human attributes? That is because, it really feels bad when you lose money. After losing, if you are not courageous, you won’t venture in it again. Courage also comes in before, during and after investing. You will also need hope to keep you going despite the challenges too.

Many people lack patience. They envy the lifestyle of those who took risk way back before being where they are now. The cars, houses and many other luxury investments those people have. You coming in now into the block world, you will be expecting immediate results. But I will say “sorry”, that’s not the case. You need to be patient too. 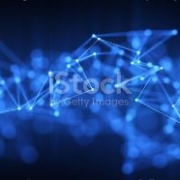 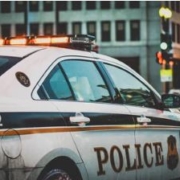 What could the blockchain technology and cryptocurrency do for my business and enterprise?
Subscribe
0 Comments
Inline Feedbacks
View all comments