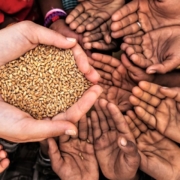 Humans, since ancient times, always try to maintain their wealth as long as possible. Developing a business and investment becomes a way to keep their fortune. Investment instruments accrue in many ways. Start from property acquisition, bank deposit, to stock trading. On the other hand, humans also social beings where their conscience always wants to help each other. People build a different kind of foundation to gather money to support fortuneless people.

This social foundation has the same needs as a start-up business. Business owners and foundations need to raise their funding. They need more capital to expand the business or operate the organization.

There are several ways how a foundation head collecting money from the philanthropic. In the traditional method, the philanthropic send their money into the intermediary charity service like an NGO. They were trusted for managing the donation and send it to those who needed

The first way is the easiest. Asking your family and friends to get extra money could become the best option to collect a donation. You can also ask foreign people using the phone number to become a member and ask them to become regular donator. But the first option has a limitation on how many donations will be collected.

Besides those two options, there is another option that becomes an alternative in the fundraising sector. This option will remove the intermediary will shorten the process and reduce cost. This option is known as Blockchain fundraising.

Blockchain fundraising has several advantages against the traditional method. Using a cryptocurrency means creating new money for charity. Meanwhile, the donator will get the advantage of cryptocurrency trading. We all know that blockchain is a way of designing new money with a digital mining process. A foundation could provide mining software to mine a crypto coin where some of the coins will donate for charity purposes. With this method, it will widen the donation scope from a local philanthropic to a worldwide donator.

The purpose of using a crypto coin for fundraising is to remove the intermediary function, where the transaction fee could be very painful. Blockchain characteristics also become the reason to trust funding a foundation through mining their crypto coin.

Blockchain immutability could prevent fraudulence in the fundraising process. Every transaction cannot be deleted or edited. And the best part is all the transaction is traceable. Every coin sold by the company will be recorded in the blockchain network.

Many charity programs operate across an international border. By using cryptocurrency, sending money across the country become easy, faster and cheeper

What is the future scope of the blockchain technology after this crisis in the world?
Subscribe
0 Comments
Inline Feedbacks
View all comments