In part (1) of this series, we considered the three comparisons between Hyperledger and Ethereum in terms of the target audience, incentives offered, and the control levels on clients. In part (2), we will consider three more aspects, namely the consensus mechanisms, processing times, and privacy. This will throw more light on the dynamics of blockchain technology and highlight the reason why no one platform is the answer to all challenges.

Hyper ledger is known for processing more transactions on its platform than Ethereum. Several reasons could explain this. First, Hyperledger does not employ consensus algorithms as the Ethereum blockchain does. Since consensus requires a number of stages to authenticate and validate transactions, their absence is an advantage to the Hyperledger platform. Actually hyper ledger can process thousands while Ethereum, at most, can process 15 to 20 transactions per second.
The reason lies in the fact that Hyperledger is under a highly controlled environment. With all users under strict control with little or no intensive protocols at play, it is swift in its transactions turns around. Here again, we notice why hyperledger suites certain enterprise undertakings than Ethereum.

Like bitcoins, Ethereum uses the public key as the account address. Therefore, the identity of the sender or the receiver may be hidden, despite the transaction still being traceable. Also, everyone can see the actual transaction content, it is publicly viewable. The privacy of transaction details is therefore not available here.

For hyper ledger, however, one of its platforms is called Fabric. The identity is anonymous and only the authority, can reveal the real identity of the sender and the receiver. Otherwise, the identity is fully protected although there are flexibilities in granting access to private data. In addition, access control can be applied to allow some of the users to look at it. This enables the company to do business with different trusted partners. Even for the same product, they can have different discounts or different prices. So only, some of the users can see these transactions, while others may only see their own transactions. In a way, we can assume that, while hyperledger is strictly under internal control, it offers more transparency with permission than the permissionless Ethereum whose true identities are hidden under private keys.

To summarise. Hyperledger is not for the public but for the consortiums. Hyperledger has well-controlled users and grants access control for transactions as may be required. There is no need to have a very secure consensus protocol and delayed transaction processing. Therefore, that is why Hyperledger can actually run faster and can be more scalable and suitable for consortiums. On the other hand, Ethereum is permissionless, public, and consensus-based with limited processing speeds. However, its smart contracts have set the pace as never seen before in the blockchain space. 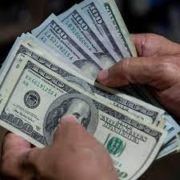 Digital signature schemes – How they work?

The blockchain technology on a poverty-stricken African continent