You are here: Home1 / Blockchain Technology2 / Lumai Mubanga3 / Will Cryptocurrencies democratize everything?

The well-known immediate effect of cryptocurrencies in our world today has been its decentralization of finances sector. As an example, cryptocurrencies have enabled people to execute peer-to-peer transactions without relying on banks.

This a question of who controls what. Right now, many governments control the printing of their fiat currencies and help control inflation. On the other hand, the coming of bitcoins grabbed that right from central governments. The cryptocurrencies are now being produced (mined), by individual miners in their respective blockchain. In a way, these miners and respective blockchain have grabbed that privilege from central governments and control this aspect of our financial world. The fact that cryptocurrency is now recognized worldwide as assets demonstrate the success of this occurrence. Who would have thought that governments could lose part of their most treasured exercise to private citizens?

How have governments and financial institutions responded? Although there has been stiff resistance by some governments around the world, many have accepted it and have implemented it. Some governments have responded by creating their own stable coins as a strategy. On the other hand, banks have equally adjusted their operations, adopting aspects of the technology that would ensure their survival.

In general, the government have taken the lead in designing and implementing regulations by which these can be adopted, mined and distributed. To some extent, governments still seem to play a lesser role in the new cryptocurrency dispensation.

As discussed in other articles, we saw how governments would benefit a lot from the use of blockchain if they begin to issue government IDs using blockchain technology. One advantage is that the immutable nature of data on the blockchain will ensure that every citizen is well documented and tracked. However, can the technology evolve to an extent of excluding governments from this exercise?

To some extent Yes!. We may think of a situation where the issuance of these national IDs is purely done by private citizens as the miners do in mining the cryptocurrencies. However, since this is a sensitive national issue bordering on the very security of the nation, governments may come in with stiff regulatory frameworks to maintain control and ownership of the whole exercise. This could be achieved through smart contracts Integrated with AI and machine learning capabilities. In another twist, there may be decentralization of certain Ids given to citizens. For example, while the governments may issue birth certificates (IDs) from the beginning of one becoming a citizen as at birth or qualified immigrants, other national IDs like Passports and Drivers Licenses may be decentralized like cryptocurrency.

The future remains to be seen how this may roll out.

Internet of things (IoT) and the blockchain 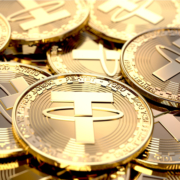 Scams of cryptocurrency may work
Scroll to top