You are here: Home1 / Blockchain Technology2 / Lumai Mubanga3 / The birth of Ethereum Classic

The explosion of cryptocurrency in the crypto space has become a common occurrence. For example, from the time bitcoin entered the world market as an accepted digital currency, many more crypto currencies that emerged from almost nowhere.

How did Ethereum classic emerge and what can we learn from that event?

Immediately after Bitcoin, the next most influential blockchain platform is Ethereum. Unlike Bitcoin which is storage of value, ethereum emerged as a platform that was fueled by its currency, the ether. It became a platform to execute peer to peer “smart contracts” and application development.

Ethereum supports Turing-complete languages, meaning that general computations can be performed on the platform. In short, any type of code that I can execute on my computer can also be executed on the Ethereum platform. Code execution on Ethereum is fueled by Ethereum’s internal token, called ether.

Ethereum was first described in a whitepaper released in late 2013 by a programmer from the University of Waterloo. The token sale started between July and August 2014 and sold 7.4 million ether for 3700 BTC in the first 12 hours of the presale! That was a great accomplishment by many standards.

At the time, this was equivalent to 2.3 million USD, or in Bugatti terms, about 1.2 Veyrons. The Ethereum blockchain officially went live on July 30th 2015, and by May 2016, the cumulative value of Ethereum tokens was more than $1 billion.

But could anything happen to a currency that started with so much prowess and that could result in its division?

The idea of Decentralized Autonomous Organizations (DAO) started taking shape around that time. It slowly became very popular and was adopted. What was it all about? Remember the platform allows for the development of applications. Essentially, DAO are programs on the Ethereum blockchain that creates a distributed government.

“The DAO” was a specific project that would serve as a decentralized Venture Capital, allowing their investors to vote and decide on the distribution of funds between startups. There in lied a weakness that was exploited by a hacker. He managed to steal stealing about $120 million worth of Ether to from The DAO smart contract. Outraged by the enormous theft, some voices in the community proposed to defy the protocol and undo the hack. The majority of community decided to simultaneously rewind their own chain and ignore all activity starting from the hack, but a small subset chose not to undo that activity with the belief that “code is law.” The split that rewinded history is the split that is currently branded as Ethereum.

Ethereum with a current market value of $223.40

The remainder that believed that no catastrophic events like the DAO Hack should be reverted stayed on the main chain, now known as Ethereum Classic.

Ethereum Classic with a current market value of $8.34

It took a criminal activity to split the Ethereum. However, the world still enjoys the presence of these two twin currencies. 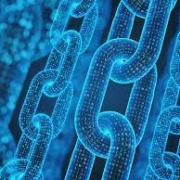 How crypto boomed in times of corona virus (series 2)

What are some blockchain benefits?
Subscribe
0 Comments
Inline Feedbacks
View all comments