In part two of this series, we discussed two specific ways Africa will benefit once blockchain technology is fully adopted and implemented namely blockchain use in birth and health record management of individuals from birth to demise, and how blockchain can be used in the educational sector to curb illegal training institutions and certifications such as degrees and diplomas among others.

In this article, we will discuss how Africa can still benefit in other areas such as credible voting.

The voting process in many African countries is largely manual and has had its share of upheavals. Like other countries in Europe and South America were democracies shrive, voting has bred a lot of disputes ranging from vote-rigging, corruption resulting in unpopular or incumbents ruling longer than necessary. From voter registration to the actual counting of votes, the voting process in some countries is hectic, cumbersome and takes longer than necessary.

To provide a preview of these unique challenges in Africa. With their vast territories and a lot of undocumented citizens, many African countries lack the technologies and infrastructure to conduct any credible electoral system. Voter registration itself fails to capture all eligible voters. Millions are disenfranchised in the process. Their porous border areas allow foreigners living there to be brought in, registered and allowed to vote for the ruling parties in exchange for cash.

After voting, ballot papers have to be transported to one location for counting, giving room for more fake votes to be added along the way. Some ballots are never collected from voting centres because of bad roads, foreigners are allowed to vote and in many cases twice or more. In addition, many votes for opposition candidates are deliberately rejected. The results have been that ruling parties perpetually continue to remain in power despite losing favour from electorates which breed perpetual conflicts, civil wars and displacement of citizens. How can adopting blockchain help mitigate some of these challenges peculiar to the African continent?

The various challenges outlined above are largely due to manual systems in place. With blockchain’s E-Voting application, a lot will change for the better at least to a reasonable level of credibility.

To begin with, the voter registration could be linked to digital identities obtained at the time of birth and kept on the blockchain. This will prevent issuing of national registration and voters cards to foreigners in border areas. Only indigenous citizens will have this privilege. During the voting process using E-Voting, some mechanisms could be put in place to ensure that only one vote will count for one person. That vote will be computed, counted and transmitted electronically. The system will ensure all genuine votes are counted and not deliberately rejected.

In conclusion, many African countries will benefit because with verified data on the blockchain it may be possible to design e-voting systems that are much more transparent and trustworthy. In such systems, election authorities would issue voting credentials to voters directly that could be used to cast ballots. Through various techniques, it could then be possible to issue cards to citizens only, automatically count those ballots, ensure that no votes were cast more than once, and prove the validity of the count. With all eligible voters captured, allowed to vote and participate in national elections, the electro systems based on E-Voting blockchain applications will provide more credible results and will reflect at least to some extent, the desires of the voters. 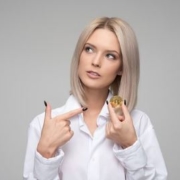 Mimblewimble in blockchain, at what price? 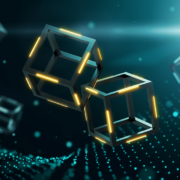 Is a smart contract really the future of contracting?