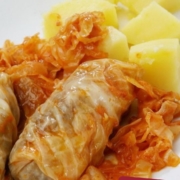 The word sarma is derived from the Turkish word sarmak, which means to wrap, wrap or dolma, doldurmak – to fill.

Sarma is only good if stored in large quantities, which should not be a problem. Sarma tastes really good even when heated.

It is very important for cabbage what kind of cabbage to choose. Cabbage should not be with large hard veins and leathery leaves. Cabbage leaves should be soft and nice yellow in color. Separate the cabbage leaves and use a knife to remove the thickened part of the leaf medium leaf. Only separate leaves that are large enough to be wrapped in sarma. Cut the rest of the head into noodles, and place on the bottom of the pot or pan in which the sarma will cook. Leave a few large leaves to cover them with charma. Try cabbage. If it is pressed or too moist, wash the leaves under a stream of cold water. If you have cooked the cabbage, proceed to storing the stuffing: finely chop the onions.

Take half the stored bacon and chop it into cubes.

Wash the rice in some water. In a pan, heat two tablespoons of oil and fry the onions. When the onions are nicely browned, place the minced meat. I mainly use a 2: 1 mix of beef and pork. You can also use only beef but not just pork!

When the meat is half fried, salt and beat to taste, put in the peppercorns, and then add the chopped bacon. Stir everything well and remove from heat. It is customary to add one live egg to this mass to bind the mass. I don’t, because the egg tightens the stuffing when cooked and it gets too firm. But you can add an egg if you like. Put a cabbage leaf on the palm of your hand, place the required amount of stuffing in the middle of the leaf. Fold the bottom of the leaf (the one that was at the root) upwards, then roll the right side of the leaf to the left, wrap the edge under the stuffing with your fingers and wrap the roller.

Finally, push the top edge of the cabbage with your fingers, closing the sarma. They say the sarma is well rolled up when you can throw it in without breaking it. However, you do not have to try such things. Arrange the sarma closely next to each other until you have filled the row. In between the sarma, marinate the bacon cut into the lobes (leave the peel on them). And on the first row of sarma, arrange the dried meat you choose, cut into smaller pieces, and set apart in cold water. Then arrange the second row of sarma. And finally spread the remaining bacon and dried meat. Pour the sarma over with water to cover the last row of sarma. Now cover everything with cabbage leaves.

Put on a stove, over high heat to boil. When boiling, reduce the heat to one-third, cover the pot or pan, and simmer the sarma for at least 3 to 5 hours. The longer the crockpot is, the more beautiful it is. Do not top up with water – the sarma should not be overly soupy, because then it is not a true sarma. 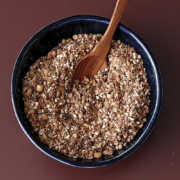 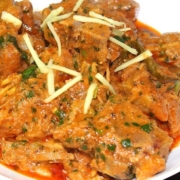 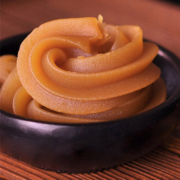 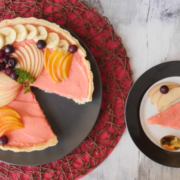 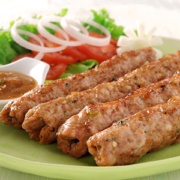 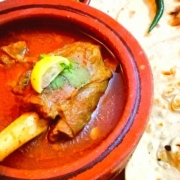