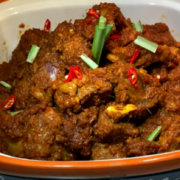 Mutton Rendang is a special meat-based dish that is originated from the Minangkabau region or the state of Indonesia. This meat-based dish has a spicy taste and is very delicious and delightful. This dish mutton rendang is cooked on special types of events like Eid-ul-Fitr and Eid-ul-Azha, special features such as parties, big events or weddings, etc. Many people make it at their own home as a regular dish. The word Randang means a spicy meat-based dish which can be lamb meat, beef, or chicken meat prepared with coconut milk and some other spices and ingredients. This dish is slightly identical to “Gulai” and “Kalio”. Gulai is prepared with spicy coconut milk and mix with the pieces of meat so the meat is wet and then cook it on high flame until its reached to their boiling point then gulai is ready. When we don’t stop the flame and continue the process of healing through meat with coconut milk and the coconut milk is fully dry or evaporated and the pieces of meat start to brown then this dish is called Kaleo. There is a professor of food historian from Andalas University Prof. Gusti Asnan claims that rendang is starting spread across the Indonesian region when ‘Minangkabau’ people start trading and immigrants to Malacca which is the capital city of Malaysia then they need some food for preserving and then they suggest and select Rendang, In short Rendang is originated from Indonesia and Malaysia. Same as for Rendang because when the meat starts brown you need to heat it at the maximum level until continues to change its color and starts to turn dark brown or even almost black then your dish Rendang is ready and you can serve it in front of your family and friends. You can also try it at your own home by following the recipe described below.

Mutton Rendang is a traditional dish of Indonesia and Malaysia because it is originated in Indonesia. There are many types of traditional dishes here but this one is the top traditional dish. It is in their traditions and culture. As it is a dish of Minangkabau it consists of four main ingredients or components meat (mutton, chicken, beef), coconut milk, chili (lado) and the last one is spice mixture. We need to know that first, we should prepare a mixture of spices and coconut milk because it makes more spicy and sour the dish and marinates it well (optional). It is for special events or ceremonies like wedding ceremonies, birthday ceremonies, etc.

Do you know that Mutton Rendang was included in the world’s first 50 best dishes in 2011 claimed by CNN International?

Rendang has many types some of them are shown below:

As I said earlier that it is slightly identical to rendang or you can say it is an initial stage of Rendang.

At the start, we already discussed that how to make Kalio Rendang. In other words, Kalio Rendang is a middle stage of Rendang and then it forms a traditional Rendang after go through the Kalio process.

The other names of these two types are 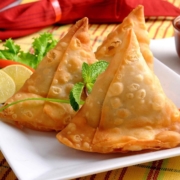 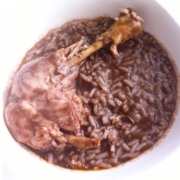 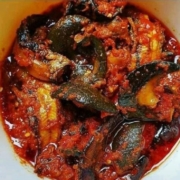 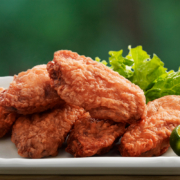 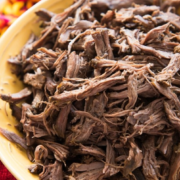 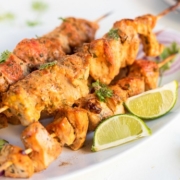