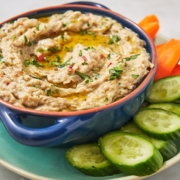 Mutabal is also known as Baba Ganoush. This is like a dip made up of eggplants. This is a thick paste of eggplant and other vegetables, spices, olive oil is also be added into it. The eggplant is burned over the fire to get a smoky flavor and also for the removal of brinjal’s skin. Some people don’t like to have burn flavor or smoky flavor, so to cook eggplant, it is baked, boiled, or broiled. All we need to require is the pulp of eggplant without skin. This is either a dip served with tacos, pita bread, and crackers, papadum, etc. Or it is served also as an Appetizer. This dish resembles Tahini sauce. But tahini is made of sesame seeds but this is made by brinjal pulp.

There are many alternative names:

This word is the Term of endearment. There are basic words used to label the object for which the speaker feels affection. In the Arabic language, the word ”BABA” means ”FATHER”. The other word is ”ġannūj” is the personal full name.

This combination of names has come across the meaning of “indulged or flirtatious daddy” or “spoiled old daddy”. But obviously, this is not the meaning of the dish like spoiled daddy. But this is said that the BABA in this name of the dish means EGGPLANT/ BRINJAL/ AUBERGINES. And Ganoush is the personal name related to the invention of this dish, or the person who invented it.

Mutabal is another name for this dish in Levantine, Syria, etc. This means ”SPICED”. This is also called the spicier version of Baba Ganoush. Different kind of spices is added to the paste of eggplant with some other vegetables. The specialty is the use of Pomegranate seeds.

MUTABAL INCLUDED IN OTHER CUISINES

The culinary tradition of Israeli cuisine is from the GREATER SYRIA. After the beginning of the 21st century, the MEZE is added to Syrian cuisine. The main influences of the Appetizer or Meze are from the Arab World or the United Arab Emirates. But some recipes are from the 13th Century of Syrian history

In a Syrian meal, this is served with coffee. This is served also with the CONFECTIONERY SWEET, desserts, etc.

Meze is a small appetizer or a side dish. This is served as the snack, appetizer, dip, side dish, etc. This is very common in the Balkans, Asia, and Africa. Sometimes, it can be a multicourse meal or a part of a multicourse meal. This is also a meal to served with alcohol but in Islamic countries, it is not common. This can be a meal of talking and gossiping.

This is the dish of different names :

This small dish is common in :

This is the origin of the Ottoman Empire. In the Turkish language, this word means a ”snack or appetizer”

This is also the word “maza”, which means to taste or relish in the Persian language.

There are some different names for the same vegetable, Eggplant, Aubergines, Brinjal, etc. It is also be categorized into fruits family. Somehow aubergines have characteristics of fruits and vegetables. This is used in making different dishes throughout the world. There are different curries, gravies, dips, sauces, bread is made.

The names of these vegetables are different :

In North America English, this vegetable is known as eggplant. The first recorded eggplant was of white color in 1763, so that was a look-alike hen’s egg so they called it eggplant. The other name ”Vegetable egg” was also used by some people to call this vegetable.

Brinjal or brinjaul is the word used for this vegetable in SOUTH ASIA and SOUTH AFRICA.

This is the vegetable used as the main element of the dish. This is boiled, porched, grilled, etc. This is sometimes, burn to get the smoky flavors and have the pulp of this.

Tahini is a sauce made of sesame seeds and olive oil with some seasonings. This is itself a dip but when this paste is added with smoked brinjal. In this dish, hulled sesame seeds are used and turned into a paste by adding olive oil and required seasoning. This is added into many dishes :

Tahini is the Arabic word that means, ”paste, flour, To grind”. This is mostly soaked a night before grinding into a paste. Seeds are hulled and soaked before the grinding procedure. Few ingredients are :

This is very rich in calories :

MIXING OF ALL INGREDIENTS 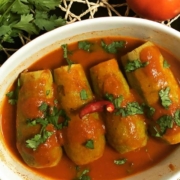 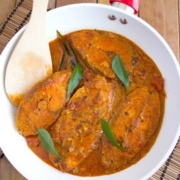 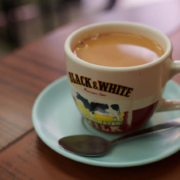 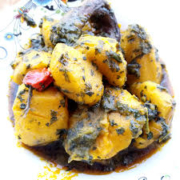 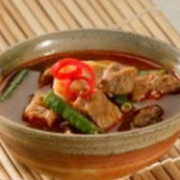