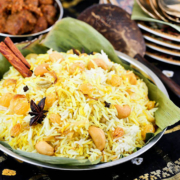 Nasi Biryani is one of the most famous rice dishes in Singapore and Malaysia. They made this dishy inspiring the Muslim countries. Muslim countries like Pakistan, India, Bangladesh, and many more, like to eat biryani. Actually, biryani is the most favorite food of most people. The specialty of biryani is that it must be spicy so you are just feeling out of the world when you eat this. The specialty of this ” NASI BIRYANI ” is that this is cooked in ” ROSEWATER “. Some of the people shocked after hearing that this dish is made in rose water but seriously this gives you a great fragrance and taste as well.

Biryani is popular all around the world but with different names and different tastes. Biryani is the ” EVERGREEN DISH ” of every country. It is made with a variety of ingredients like you can use any type of meat or anything that you want to add.

there are so many names of Biryani as well according to different countries. Biryani is the main dish of every event, Festival, or religious event. biryani is a must to have in the special evenings. Spice lovers are more likely to have biryani.

We can not say that biryani is first originated from there because it has not a special origin. Biryani is made in different countries at a time, but the most likely to have biryani first is in India, but most people say that biryani is the dish of ” MUGHAL EMPIRES” but they do not have proof but we can say that this dish is maybe originated from Mughal empire and then transferred into India and their subcontinents.

DIFFERENCE BETWEEN PILAO ( Pilaf ) AND BIRYANI:

Biryani is the main dish or a whole meal but, pilaf is the side dish. Both of them are rice-based dishes but have different tastes. Biryani is the spiciest dish ever and pilaf is so simple which is based on only salt and black pepper, they do not have more spices.

For the rice firstly you have to heat up the oil in the pan and add chopped tomatoes to it. Fry them until their color changes to brown and then add all the spices in it and fry them more.

After that, boil the rice in the other pan but you have to boil it in rosewater or in the milk if you don’t like rose water then you should boil in milk but not in simple water.

when the liquid is evaporated, mix it with the masala and ad kewra drops in it. Leave it for steam about 5 minutes and your rice is ready.

Clean up the chicken and put them in a pan. Fry them in the pan with 1 tablespoon of oil in it. Put all the masala in it and fry them more.

Add all the masala and fry them by adding onions ( chopped ), Tomatoes ( chopped ), ginger, garlic, turmeric, cardammon, cinnamon, coriander and all that. 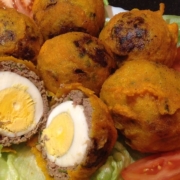 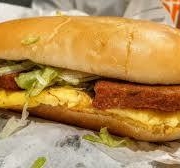 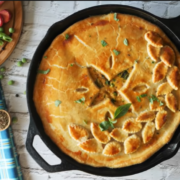 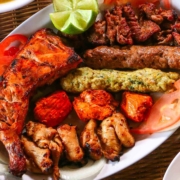 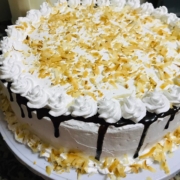