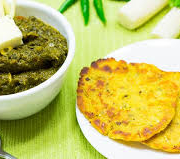 Nothing is more delicious then saag and makai ki roti. In English saag is called mustard leaves. There are very famous saying in villages “Makki ki roti aur sarson ka saag”. Saag is one of the popular dish in Pakistan. Almost all the people love saag for sure. The aroma and the texture is mouth watering. Saag is incomplete without makki ki roti. In English makki ki roti is called corn chapati. You can also eat saag with wheat chapati but corn chapati adds more flavor to the saag. Saag is spicy and corn chapati is sweet and the combination of sweet and spicy are delicious. It is served with butter on top which make it more appetizing. Some people like to add desi ghee on saag.

The interesting thing about saag is it is cooked in a clay pot. It is made by adding different types of spices like red chili, salt, coriander, cumin, garam masala, turmeric etc. It is cooked for hours on low flame.

In a clay pot add spinach, mustard leaves, green chili and salt.When it started to boil add 1 cup of water.After 10 to 15 minutes transfer the mixture to a blendar and blend it for 5 to 10 minutes.

Take a pan add ghee and add the onion and saute for 5 to 15 minutes until golden brown.After 10 to 15 minutes add the ginger paste, garlic paste, coriander, cumin, garam masala and fry for 15 minutes.

Now add mustard leaves paste to the fry pan.now transfer this yummy dish to a plate and garnish it with butter.

Add maize flour and plain flour in a mixing bowl and mix well.Now add ghee and water to it and mix and until the dough is formed.

Take a small piece of the dough and roll it with a rolling pin.Now place it on a tawa and turn the flame high now add 1 tsp of ghee and fry until golden brown.The chapati is ready. 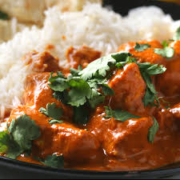 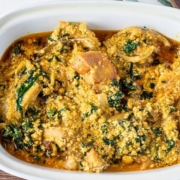 Cameroon – How to cook Epudi leaves 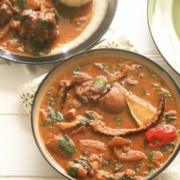 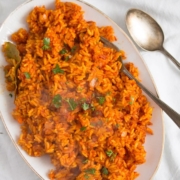 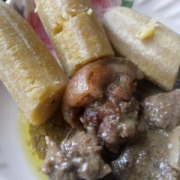 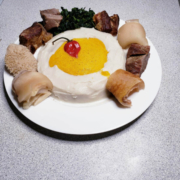