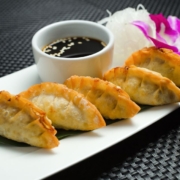 Jiaozi is the Chinese form of dumplings that has the Japanese variation of Jiaozi is GYOZA. These Chinese dumplings are very famous in China and have many more varieties according to the regions and different ingredients, cooking methods, shapes, etc. It also has the Western variety, potstickers. Gyoza is cooked by adding meat and vegetable filling. Then the dough is used to wrap it and form different shapes of gyoza. There are also different types of Gyoza that are either boiled, fried, steamed, roast, etc. This is served with BLACK VINEGAR or SESAME OIL as the dipping sauce. There is also a dish of dumpling soup in which Gyoza is added into soup, stew, etc.

This is originated as traditional Chinese medicine. This is assumed at that time to be the healthiest dish when steamed up and good for fulfilling the required nutrients by adding all protein-filled stuffing. The folding technique is totally different for different shapes. But the proper dumpling shape is achieved most of the time for presenting Gyoza.

There are different names for the Gyoza of different countries and for different ingredients, the cooking method also.

There is a total of three staple food of Japanese cuisine in their ancient period of time.

In the 9th century, the use of seafood was established by the time and even now there are hundreds of dishes cooked of seafood and even there are dishes of raw seafood in Japan. With time, the use of natural fat or fish oil was common. The use of fish was huge that even they used to preserve them for seasons to consume them afterward.

During the 15th century, the procedure of fermentation, Sushi was originated. During EDO PERIOD, 19th century, sushi without fermentation was established and preserved many times.

It is said that during Second World War, Japanese soldiers brought home the gyōza recipes from China. But of course, there is some variation of Gyoza from Jiaozi with ingredients, cooking style, wrapping method, folding, etc.

DIFFERENCE OF GYOZA FROM

Wonton is similar to Jioza but has some differentiation :

Momo is similar to Jioza but has some differentiation. Momo is the dumpling dish of Tibet and Nepal cuisine. Momos are also called ”STEAMED BUN”. In Tibet, these are known by different names. The Tibetan word “mog mog”

It has the following differentiation :

This is a type of yeast-leavened stuffed bun, is also known as BAO. There are two types of Baozi depending on the size :

There are following characteristics of Baozi are :

Jiaozi is the Chinese dumplings popular in ASIA and other regions. This dish is eaten during Chinese New Year. These are very similar to Japanese Gyoza in the following way :

They are a simplified and easy way to cook gyoza. Just make stuffed gyoza and boil it. This is known as 水饺 in the Chinese language. They are also known as WATER DUMPLINGS.

Traditionally Gyoza is cooked by Steaming. A small wooden or bamboo stick-made steamer is used to make it soft and tender. In the Chinese language, they are known as 蒸饺. They simply called Steamed dumplings.

They are known as 炸饺. This is the most commonly used method to fry gyoza. Most times, vegetable cooking oil is used to deep-fried these Gyoza. They are fried in deep utensils to make it deep dipped into the oil and fried on medium flame. Some coating of bread crumbs and cornflour are also made.

This is a partial frying technique. Shallow firing in the flat pan. They are also called POT STICKERS. 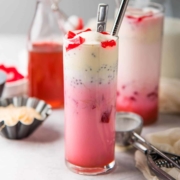 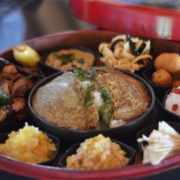 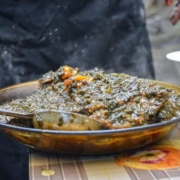 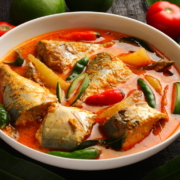 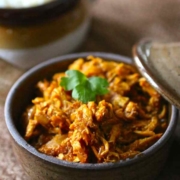 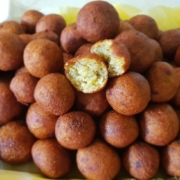