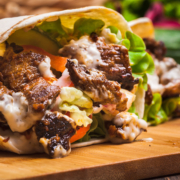 Shawerma is a cone-shaped chapati or naan which is filled with some spices and meat and vegetables. It is actually related to LEVANTINE CUISINE, which is a very famous cuisine of Egypt. You can use different kinds of meat in their fillings like a lamb, mutton, chicken, beef, veal, and many more. It is totally up to you that which type of meat you want in your dish, you can use your favorite meat in it.

Shawerma is not only the STREET FOOD of EGYPT but also the street food of every country that is in the world. It is one of the most popular street food but it is most famous in EGYPT, ARABIAN PENINSULA, and all others.

Egypt uses a special technique of roasting meat on different horizontal spits, which give a very unique taste and appearance to shawarma. OTTOMAN EMPIRES made this dish for the first time in the 19th century. The very first time Turkey made doner kabab by using this technique and then different recipes are originated like Shawarma and Gyros.

In the 20th century when the Lebanese migrated to different countries like Egypt then they spread the recipe of Shwarama and then this dish become the most known and tastiest dish which is slowly become the street food of Egypt.

Rotisserie is actually a style of roasting meat which is a very popular style and enhances the taste of meat. This method is also known as SPIT ROASTING. This is a very unique method and makes your dish a very luxurious look. This rotisserie method brings taste to your dish and makes it special.

There are two types of Rotisserie

The Arabian peninsula is a region of the Middle East which is called Arabia. There are four regions of the Arabian Peninsula

Shawarma is an ARABIC word that means TURNING, this is due to the turns of roti. It all depends upon the turnings and filling of meat. Shawarma is named in the 19th century.

Baharat is a mixture of spices. It is an Arabic word that actually means “SPICES“. These spices are used to marinate different meats and are widely used in dishes of Egypt.

Shawarma is almost the same but few ingredients are different which change the taste of shwarma according to region. They commonly used turkey meat in their shawarma and serve with Tahini sauce. They never use yogurt or any milky serving because this is not in their culture. They serve it with a pickle and some vegetables.

Katti roll is a street food of Bengal and is also famous in India. They wrapped it with different things like bread, paratha bread, lat bread, etc. Some people called this “STICK”. Some people thought that Shawarma and Katti roll both are the same but it is not, there is very little difference between them. Katti roll is more oil as compared to Shawarma.

The full name of Al Pastor is ” TACOS AL PASTOR”. This is also roasted with a vertical rotisserie, same as shawarma. The special thing about it is the meat used in this is “Lamb’s meat”. There are different names of it like

Gyros are also the same as Shwarma and used Lamb’s meat which is roasted over the vertical rotisserie. They also used pork in it. Gyros marinade is simple and easy to use that you can use regularly, even if you don’t make chicken pieces. Yogurt infusion with fresh garlic puree and a little spice. 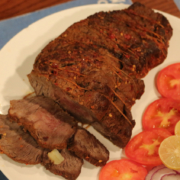 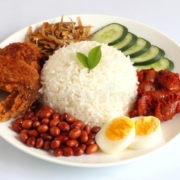 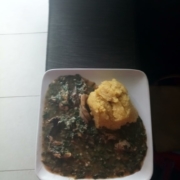 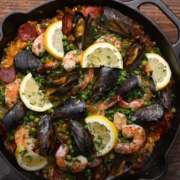 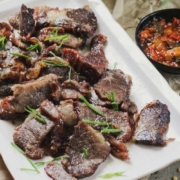 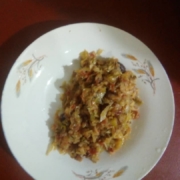